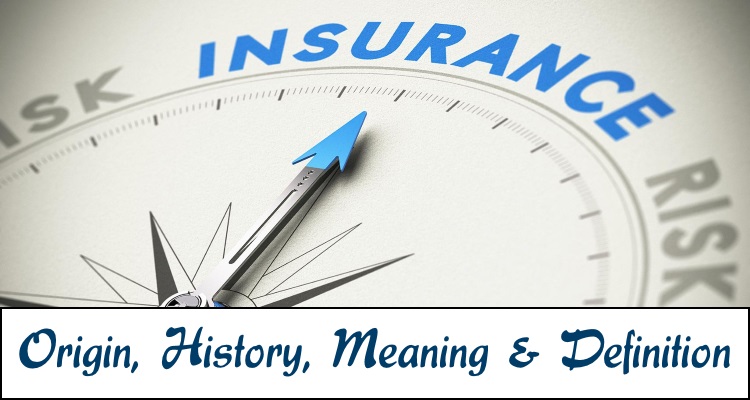 Man’s life is open to risks of varied nature. An individual’s life is subject to risks such as untimely death due to accidents, premature death, illness, disablement and unemployment. Similarly in the case of business, varied natures and types of risks should be faced by the business people while carrying on their business activities. In fact, the human life from the days when the world was young is a kind of search for protection.

With the passage of time, he developed various devices to protect himself and his dependents from all sorts of risks to which they are exposed. Of the various means developed by him, insurance is a mean or device, which protects him against the risks of loss.

Origin and History of Insurance

During the ancient days, various forms of insurance were prevalent. Of them, marine insurance is the oldest form of insurance. The reason is obvious. Travellers by sea and water were very much exposed to the risk of loosing their vessels and merchandise due to storm and piracy on the open seas (robbery). The risk to the owners of such ships was enormous and therefore the marine traders devised a method of spreading over the financial loss, which could not be borne by a single individual trader. The device in the beginning was quite voluntary.

The first registered life office was the ‘Hand in Hand Fire & Life Insurance Society’ established in the year 1696 in England. However, it did not prosper in USA during the 18th century due to the serious fluctuations in the death rate.

But soon, after 1800, the life insurance business flourished in U.S.A. also. In India, some Europeans started the first fire insurance company in Bengal Presidency viz., the Orient Life Assurance Company in 1818.

Triton Insurance was started at Calcutta in 1850 to carry on general insurance business. The year 1870 was a year of landmark in the history of Indian Insurance Business. In 1871, the Bombay Mutual Life Assurance Society made its beginning.

The next important life office was Oriental Government security Life Assurance Co. Ltd., which started its operations since 1874. Since then, several insurance companies developed. With inauguration of LIC; the life insurance business is developing speedily all over the country.

Meaning and Definition of Insurance

Insurance is defined as a co-operative device to spread the loss caused by a particular risk over a number of persons who are exposed to it and who agree to ensure themselves against the risk. Risk is uncertainty of a financial loss. The risk cannot be avoided but the resultant loss occurring due to the risk can be avoided by reimbursement of the loss. The insurance contract works under this principle.

Insurance is a contract between-two parties by which one of them, called the insurer agrees to indemnify the other, called the insured or assured against a loss, which may be caused by the happening of a certain event.

The contract is embodied in a document known as the “Policy”. The insurer undertakes to indemnify the insured for a consideration in the form of money called the premium. The contingency insured against is called the “Risk”. 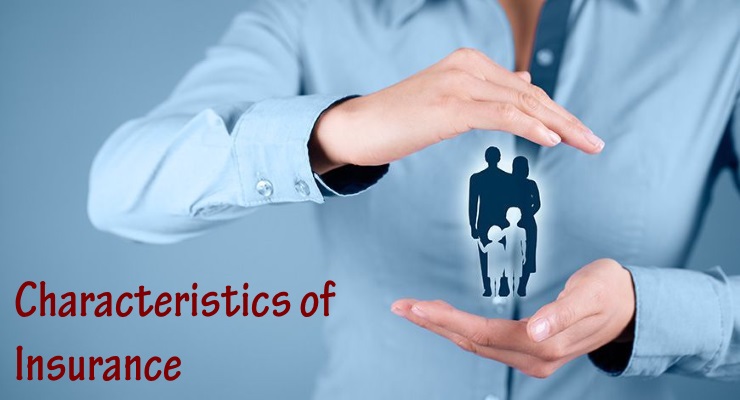 Insurance is a device to share the financial loss, which may fall on an individual or his family on the happening of a specified event. The nature of the risk, of course, may differ. However, the loss arising from the risk i.e. occurrence of the specified event, is shared by all the insured in the form of premium.

Another notable feature of an insurance plan is the co-operation of large number of persons, who agree to share financial loss arising due to a specified risk. In other words, there is no compulsion for joining in any scheme of insurance. It is purely voluntary.

The risk should be valued before insuring. The amount of premium depends on the quantum or value of the risk involved. If the expected loss is estimated higher, the insurance premium will also be higher; whatever it may be, the probable value of loss should be estimated at the time of making the insurance contract.

However, in case of general insurance, the loss is uncertain i.e. the contingency may or may not occur. So if the contingency occurs, payment will be made. Otherwise, the insurance company pays nothing to the policyholders.

It is already stated that the probable loss will be estimated first and the premium will be determined on that basis. In case of life insurance the amount assured will be paid in the event of death of the insured. But in other cases, the insurance company will reimburse only the actual loss and not the amount insured. Further, the insured should prove his loss and then make a claim.

7. Insurance is different from Gambling

Insurance should not be confused with gambling. Even though there is a chance factor in both, insurance is totally different from gambling. In gambling, the gambler is exposed to the risk of losing whereas in insurance the insured is opposed to risk and in fact, he has to bear the loss if he is not insured. By getting insured his life and property, the insured can protect himself against the probable loss that may occur.

8. Insurance is not Charity

Charity is given without consideration. Hence, charity is different from insurance. In the case of insurance, the premium paid by the insured is the consideration. Without premium, it is not possible to take out an insurance policy.